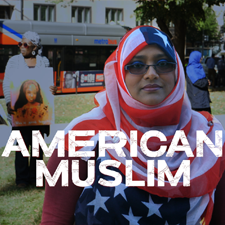 If you’re reading this before 6:00 p.m. on Thursday, March 11, it’s not too late to join with our partners from Congregation Hakafa and the Muslim Community Center of Morton Grove for a screening and live discussion of “American Muslim,” a documentary film by producer and director Adam Zucker.

ABOUT THE FILMMAKER AND THE FILM:

As Adam Zucker describes it, he “makes films at the intersection of faith and story.” Among his core goals as a filmmaker/storyteller are: to promote awareness, to nurture a sense of community, and to spark conversation. Clearly, these goals were at the heart of what moved Zucker to make “American Muslim”.

In the immediate wake of the U.S. Presidential Executive order that banned people from seven predominantly Muslim countries, Zucker began to sense how it was impacting Muslim Americans. As a Jewish filmmaker who calls New York City home, the idea to make a film about this topic intrigued Zucker. It intrigued him all the more because it caused him to take note of the fact that he really didn’t know his Muslim neighbors. This realization informed both why he chose to make the film and how he made it.

Whether or not you agree with all the conclusions that Zucker ultimately reaches in his film, this is an exciting and unique opportunity to meet and converse with a gifted and dedicated filmmaker. It’s a chance to view a well-known and controversial topic from an up-close and personal vantage point. Equally, this viewing and discussion represent a wonderfully direct and accessible way to better get to know our sisters, brothers, and friends from Congregation Hakafa and Muslim Community Center.

To see the film and attend the discussion, register here.  Then watch your email for directions.

For more information about Adam Zucker or the film: https://americanmuslimfilm.com